Manko, Gold, Katcher & Fox and More Than One-Third of Its Partners are Listed in Chambers USA 2021 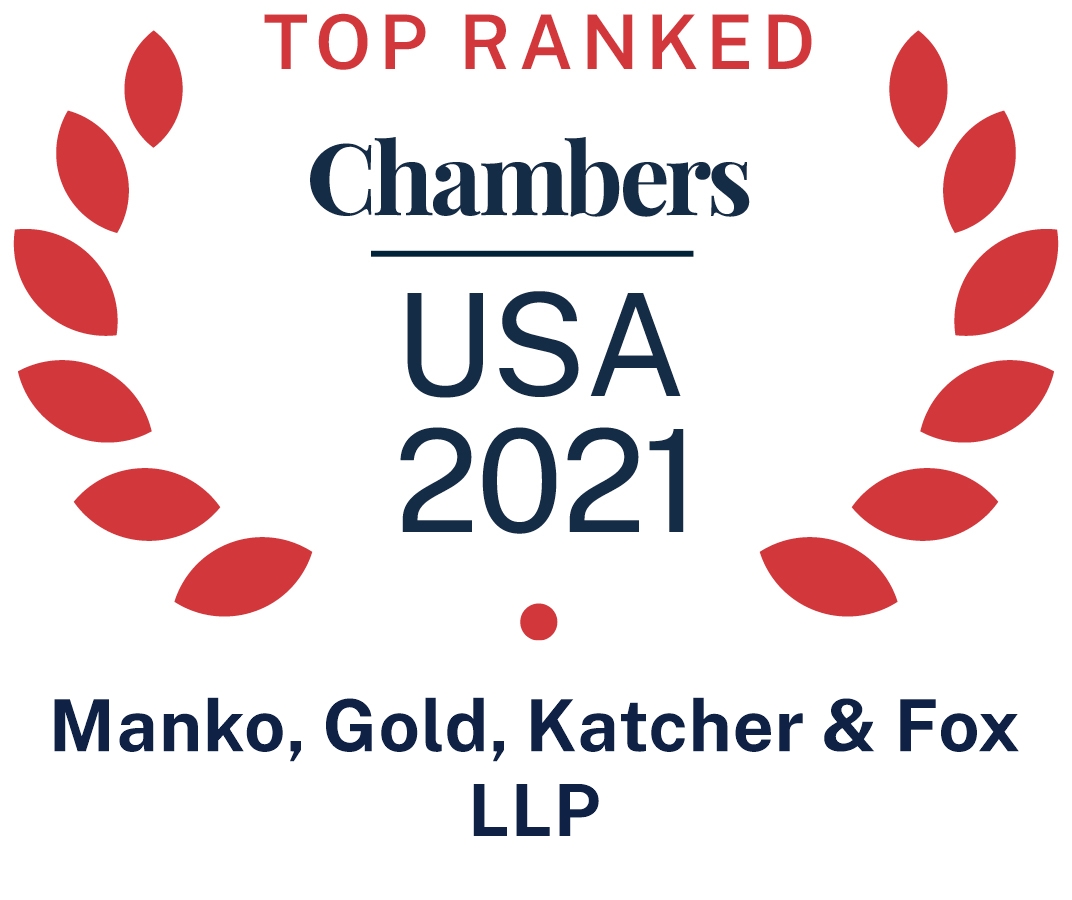 Manko, Gold, Katcher & Fox, LLP (MGKF), the environmental, energy and land use law firm based in the Philadelphia, PA region, along with more than one-third of its partners, have been recognized this year by Chambers USA 2021:  America's Leading Lawyers for Business (“Chambers USA” issued by Chambers and Partners)*.  The firm itself has been ranked by Chambers USA in the top tier for environmental law since the first law firm rankings began in 2003.  Nine attorneys have been individually ranked for their work in environmental law. The list includes: Joseph M. Manko, Marc E. Gold, Robert D. Fox, Michael M. Meloy, Jonathan E. Rinde, Jonathan H. Spergel, Carol F. McCabe, Nicole R. Moshang and Kathleen B. Campbell.

MGKF has the highest number of attorneys included in the environmental law listing and has been a fixture in the rankings, with two of the four attorneys in Band 1 from MGKF: Robert D. Fox and Michael M. Meloy.  Nicole Moshang made her first appearance in the listings this year while MGKF founding partners Joseph M. Manko and Marc E. Gold have been included in the rankings since the inaugural edition of Chambers in 2003.